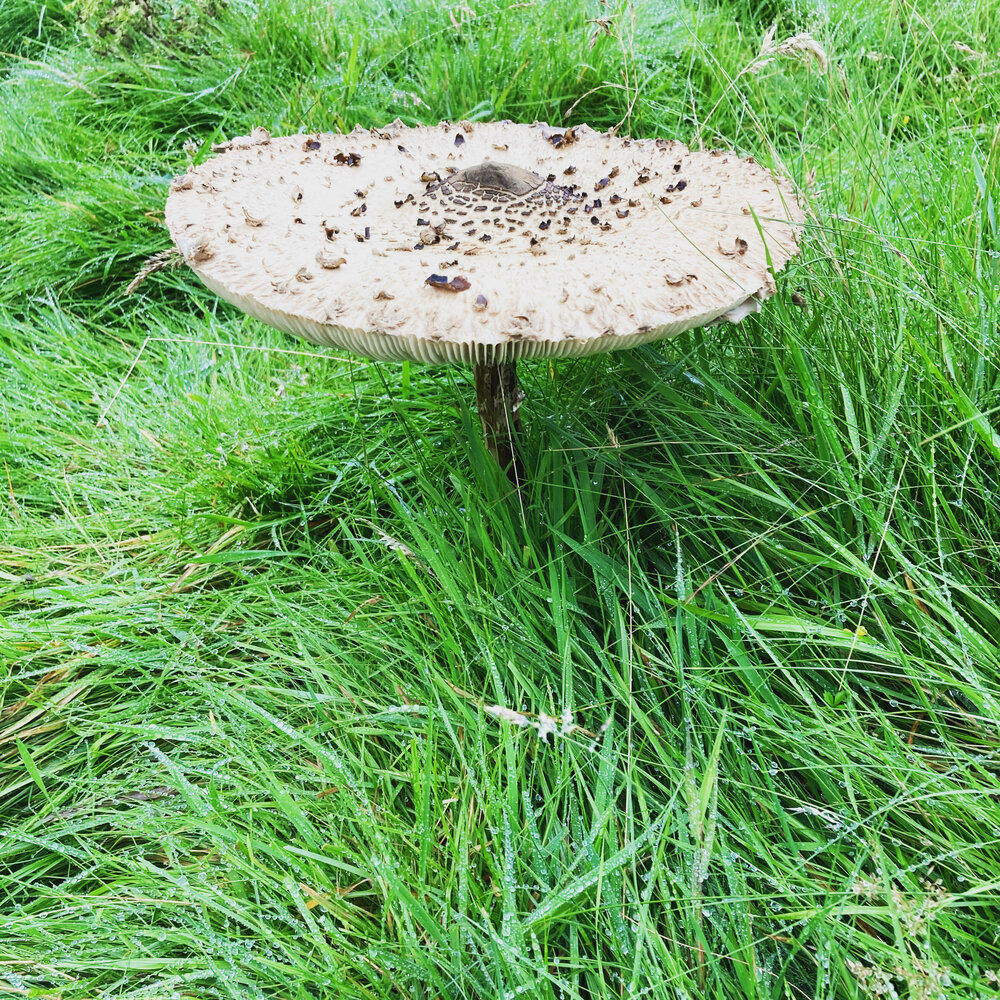 We could rant all day about the merits of undisturbed pastureland and meadows, and how important it is to preserve such habitats, but it would become tedious very quickly and this is hardly the forum for that discussion. If you need any evidence of how rich with life they can be, look no further than the glorious Parasol Mushroom. Growing exclusively in the precious environments of undisturbed meadows and reaching the size of dinner plates, these fantastic fungi can be found across a couple of seasons and are well worth collecting. You needn’t worry about damaging the fungi itself - what you see growing as the mushroom is just the ‘fruit’ of what will be an enormous web of mycellium beneath the surface, so picking a mushroom is just like picking an apple from a tree, leaving no damage to the parent plant/fungus. They often grow in great numbers and a field full of them is an impressive sight, so despite the guilt-free picking that can be had with mushrooms, its always better to leave far more in place than in your basket.

Parasols have your classic mushroom flavour, albeit in a bolder form. The dried form will have those flavours intensified and will suit being used where a mushroom stock may be. Start by pouring the contents of the sachet into a bowl and pour over boiling water to just cover the mushrooms. You will immediately see them start to soak up the water and, in turn, will release their amazing aroma and flavours back into the water. You now have a mushroom stock. Use it in risottos, ramens or sauces. Just don’t throw any of it away - use all the liquid and solids in whatever dish you create. We think any new ingredient is best used simply to allow the taste to be highlighted and there is probably no better way of showing these mushrooms off than in a simple consommé (read: clear broth).