2020 turned out to be a rotten year for so many of us, so celebrate its passing by cooking up a feast with nature’s last hurrah of the calendar. This month’s Forage Box is not for the faint-hearted, as only the biggest and boldest flavours make themselves available in winter, unlike the daintier, sweeter plants that favour the warmer seasons. In your December box, you will find a couple of seaside vegetables in all their glory, an invasive native leek and our FIRST GUEST PRODUCT by the inimitable Clayden’s Vinegar… 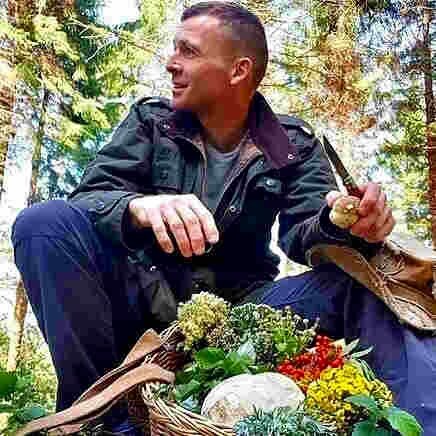 We first spotted Danny, founder and the vinegar expert at Claydens Vinegar, on an Instagram post where he was showing off his hawthorn berry picking technique (patiently and individually, as it happens) and were hooked by the idea that these berries were going to be turned into a wild vinegar. A lot of vinegar that claims to be a certain flavour will generally just be bog-standard commercial spirit vinegar with a big pile of whatever it is you want it to taste of chucked in and soaked for a bit. Not so with Clayden’s! They take the time to create a wine from their foraged ingredients and allow it to develop as any wine should, before turning that wine into a vinegar using ‘the mother’ - a term describing the active bacteria element that creates the acidity in vinegar - which means that all the wild vinegar from Clayden’s is alive! After creating the vinegar from the wine, Danny ensures that each batch is aged to perfection and if it is anything less than delicious, it doesn’t get released. No wonder they are award winners!

This attention to detail from start to finish means that the vinegars on offer from Clayden’s are probably the best available on the market, and it is a privilege for us to be able to include them as part of Forage Box.

This kelp wine vinegar has all the subtlety and depth of flavour you would expect from an artisan product, and care should be taken to consume it in the right way. We think we struck gold when we tried it as a dipping sauce with some steamed dim sum (it is a massive step up from that horrible black stuff you usually get!) but the pleasant acidity and rich, seaside flavours make it perfect for drizzling onto salads or as part of a marinade. The great thing about vinegar is that is ages well and lasts for a long time, so save it for that special occasion!

Head over to Clayden’s Vinegar’s website to check out their other products - you will not be disappointed. 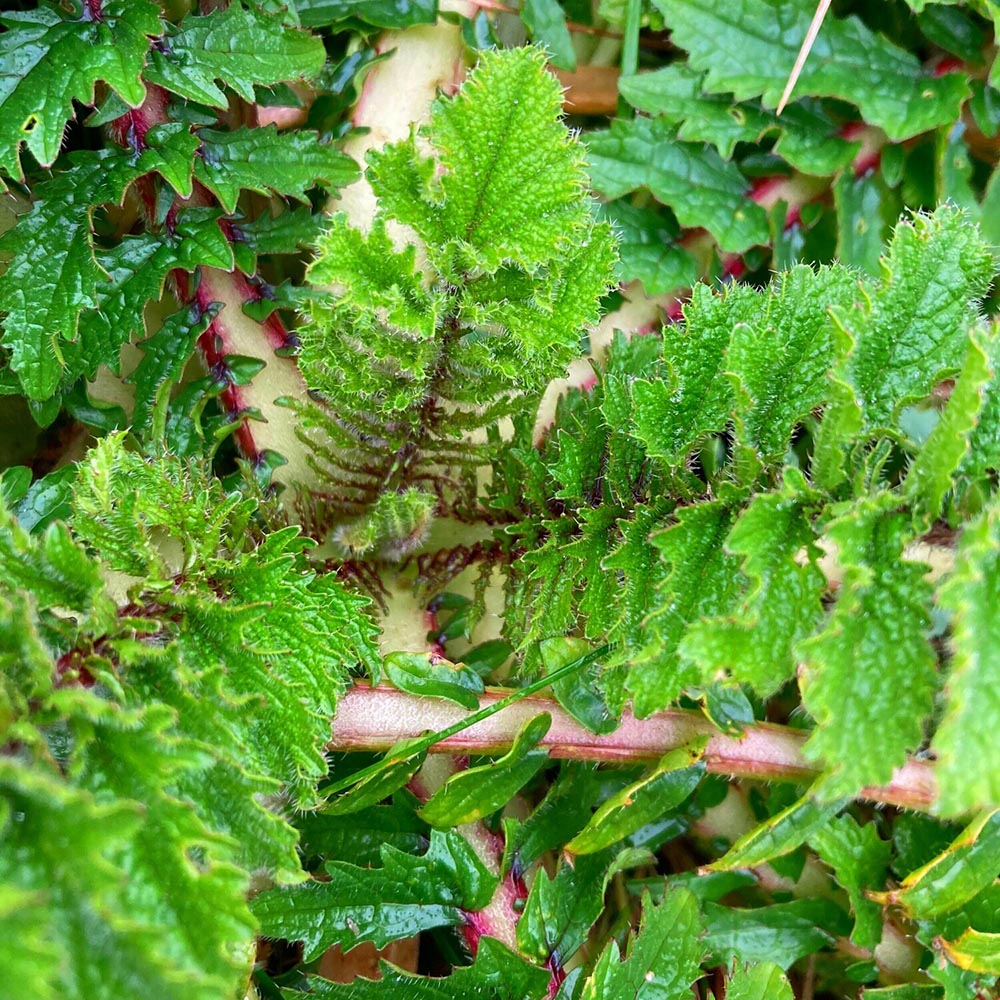 Any allotmenteer will know that winter crops are pretty much limited to brassicas and maybe the odd allium (more on them further down the page), and sea radish is no different. A mainstay of the scrubbier patches of the beach, you’ll find it growing on shingle, sand and on man-made coastal structures through even the harshest of seasonal weather. Looking a little bit like the leaves of a parsnip, it’s fairly unassuming in appearance, but a little nibble on the stem will soon give you that peppery rush that you expect from commercial radishes.

Although it can be eaten raw (give a bit of stem a nibble to taste the undeniable peppery flavour of radishes), we find the small hairs can be irritating to the mouth and throat, and its leaves can be a bit tough without a bit of cooking. You can’t beat a bit of sea radish stem in a salad and a quickly thrown together coleslaw made using the peeled and de-stringed stems is a real treat in a sandwich. Try the leaves slowly braised in butter, oil or fat - don’t forget to add seasoning. When handling, please be aware that some of the stems maybe have small spines on, so it’s probably best to wear gloves. 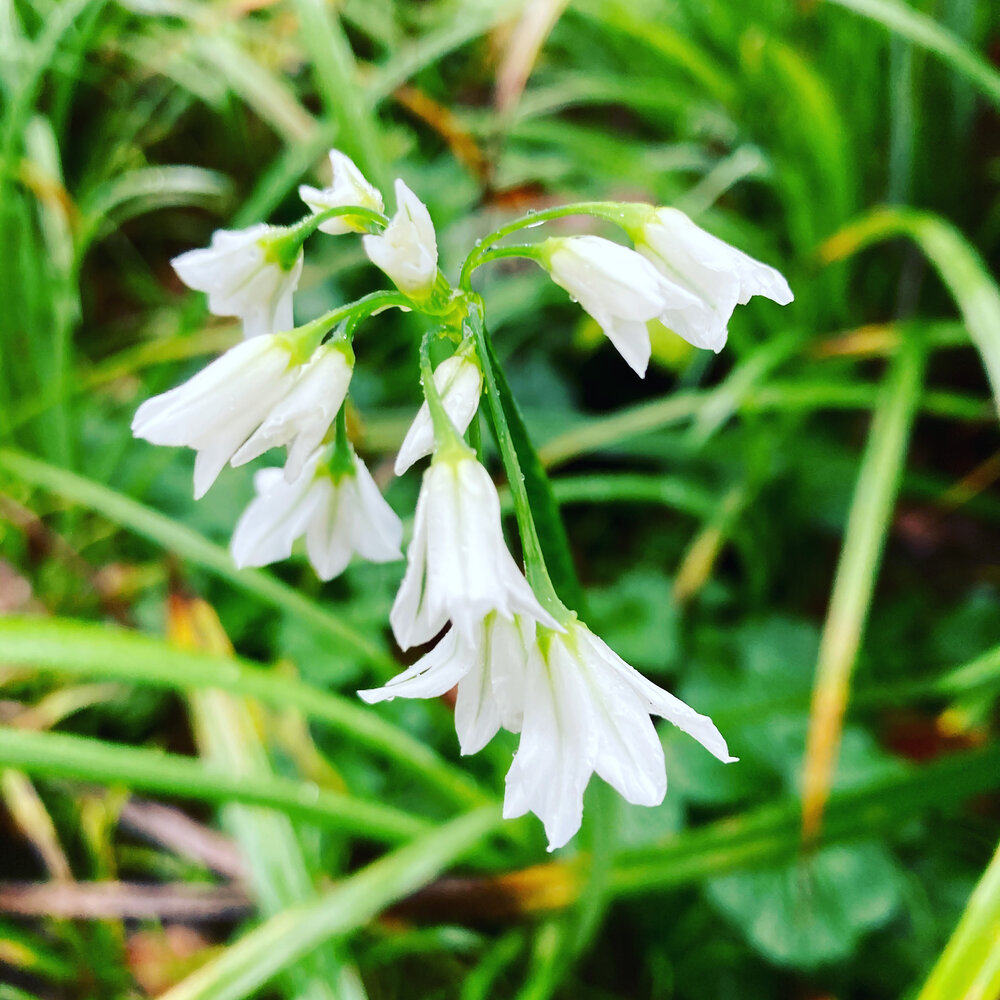 Invasive species are on the agenda right now - just ask anyone who has Japanese Knotweed growing near their property - so you can devour any edible invasive plant with great abandon. Three-cornered leek is a non-native perennial that falls into this category. Favouring shadier, damper spots like woods and riverbanks, this wild allium does all of its growing and flowering whilst most other plants have fallen dormant for the colder months. This makes it easy to find once you know what you are looking for, but it does have a knack of looking like some grasses/reeds and plants like bluebells, so identifying it can be a little tricky. The best ID features to look for are its onion-y smell and the distinctive three ‘corners’ of the cross-section of the leaf.

Although the entire plant is edible, and no council worker worth their environmental salt will stop you digging it up, the leaves and flower stems are the best for culinary use, both possessing a rich leek/onion/garlic flavour with a soft intensity that lends itself to being raw. Yes, you can use this in the same way you would regular leeks (steamed, cheesy, soups, etc.) but blitzed into a pesto is the winner here. 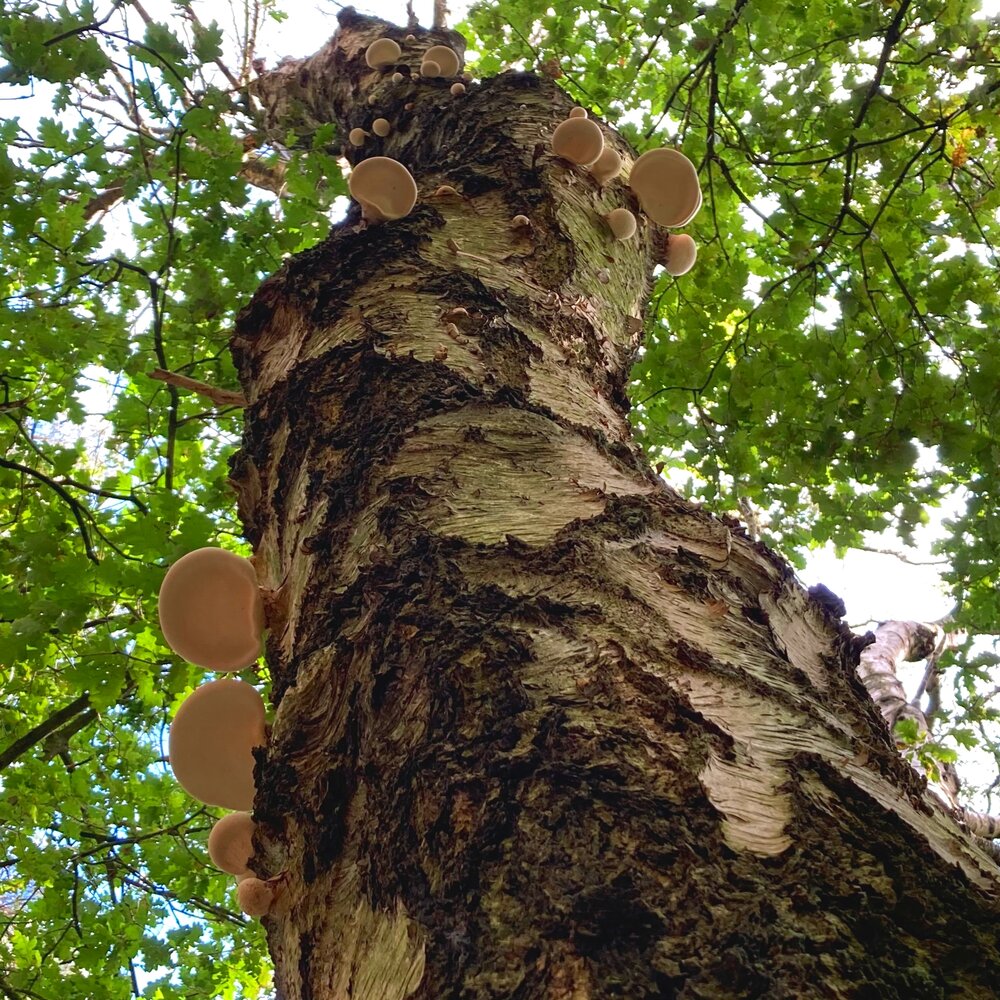 Birch Polypore Mushroom Tea. Lots of words that you probably haven’t heard in the same phrase before - don’t let that put you off though! You won’t find this served in any restaurants, but it is a well-known ‘bushcraft’ tea and is pretty tasty too. If the taste isn’t for you (there is a slight bitterness to it that means many people mix in a bit of salt or sugar to take the edge off) then the reputed health benefits most certainly are. Reports and studies show that this amazing mushroom has anti-septic, anti-inflammatory, anti-bacterial, anti-HIV, anti-cancer and styptic properties. Fun fact: it was even found in the pocket of Ötzi The Ice Man, the 5300 year old body found in the Italian Alps, who supposedly was carrying it for its medicinal properties!

Technically, this isn’t a tea at all, but in fact a decoction. This means that, unlike regular teas, you are best not just infusing the product with hot water, but actively boiling it to extract all the goodness. We recommend letting it simmer in around 300ml of water for 15 minutes, or longer if you want a stronger brew. If decocting or infusing sounds unexciting to you, you can use this as the backbone of a stock for use in cooking elsewhere. Just remember to strain it off - the fibres are tough and would make your meal quite chewy.

Please note: we are not doctors! The medicinal properties listed are for anecdotal purposes only. If you plan to use any wild food as a medicine, please do further research and seek professional guidance. Forage Box does not encourage the use of any of its products as an alternative to scientifically proven medicine. 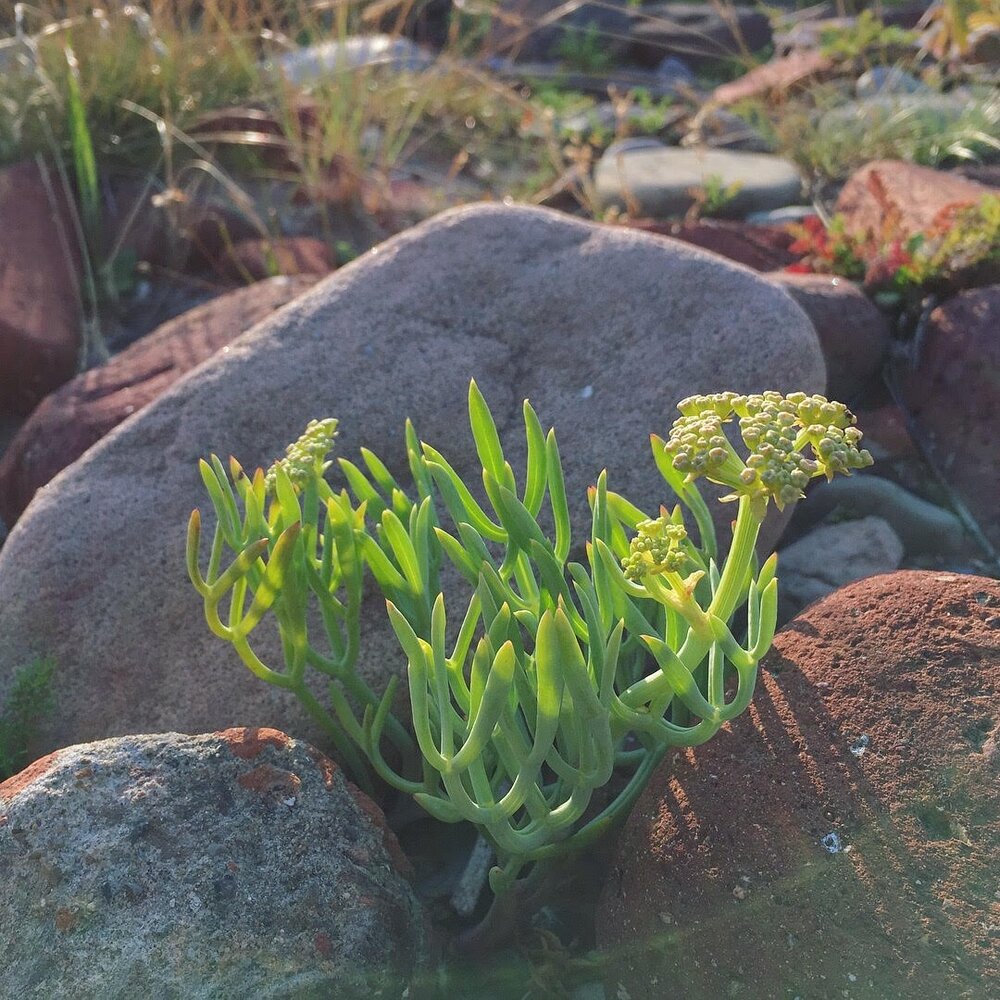 Here we go then: the biggest flavour saved until last. Rock samphire is not related to marsh samphire, but is actually a member of the umbellifer family (carrots, etc.) and must have only been named as such in an attempt to categorise plants by their appearance. Even so, there are plenty of differences between the two and its alternative name of ‘sea fennel’ is much more fitting. A coastal plant that is widespread and abundant, you will find rock samphire at the highest parts of the beach. As its name suggests, it does favour cracks and crevices in rocks, but we have found it growing in shingle and even sand dunes. A few people find the flavour too strong, however that generally means that they have eaten too large a quantity and less is definitely more in this instance. Aromatic, bitter and with an overriding taste of carrots, this maritime behemoth can brighten up even the dullest dishes.

We’ve taken the unripe seed pods (in sustainable proportions, obviously) where the flavour is most concentrated, and hot-pickled them in our wild apple cider vinegar with organic root ginger, bay leaves and feral chilli peppers (a lot can be found in the hedgerow of your nearest allotment!) to add a spicy, fiery kick. As mentioned, this is best used in small quantities, so sprinkle carefully wherever you would capers or olives - pizzas, salads, roasts, sauces.

Remember to save that pickling liquor too! It will make a superb dressing once you’ve eaten all of the seeds!

READY TO TRY OUT
NEXT MONTH'S BOX?

Only £10.00 per month. Pause anytime!
“What a great idea! Forage Box has transformed our midweek meals!”

“What a great idea! Forage Box has transformed our midweek meals!”