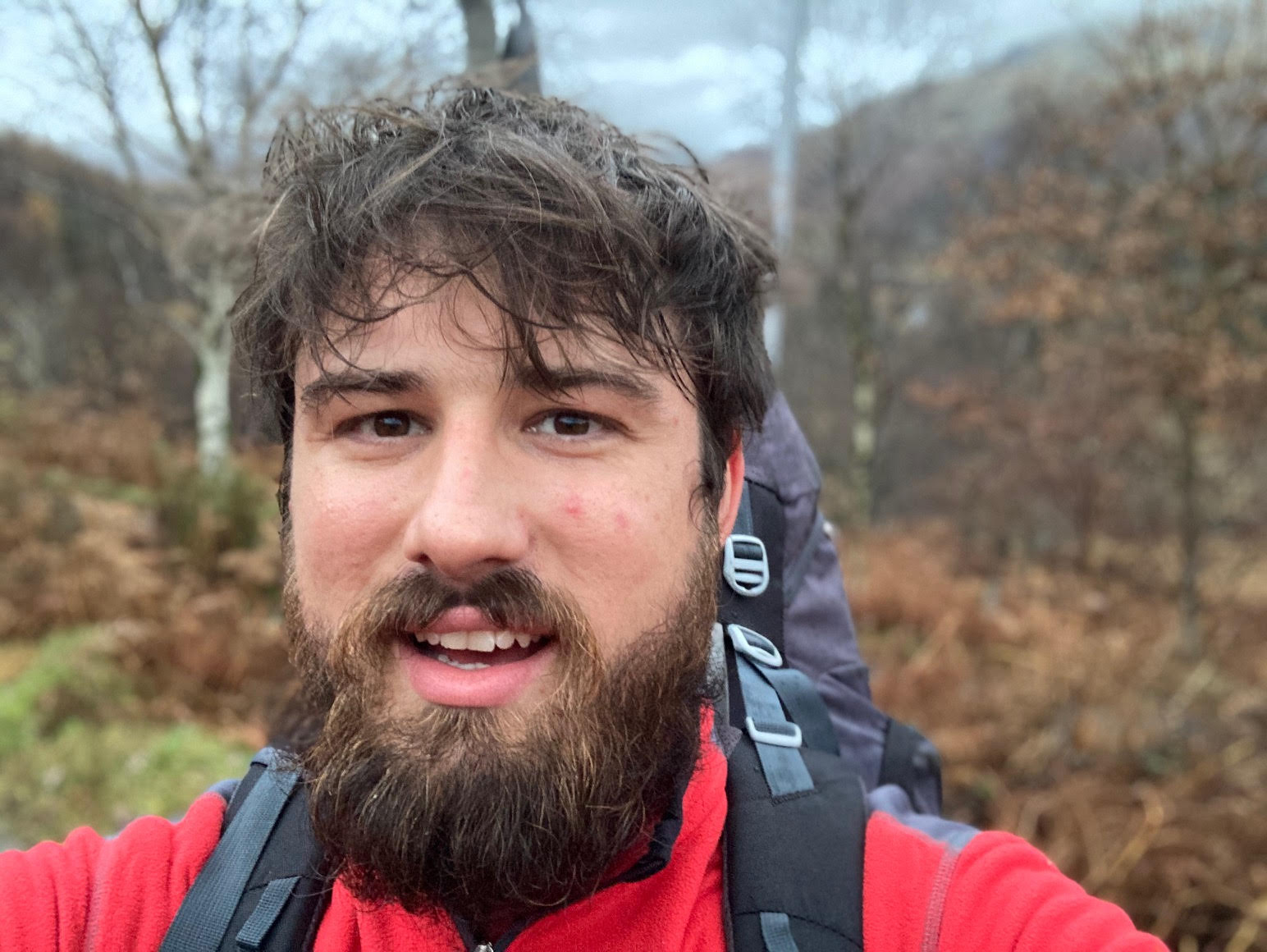 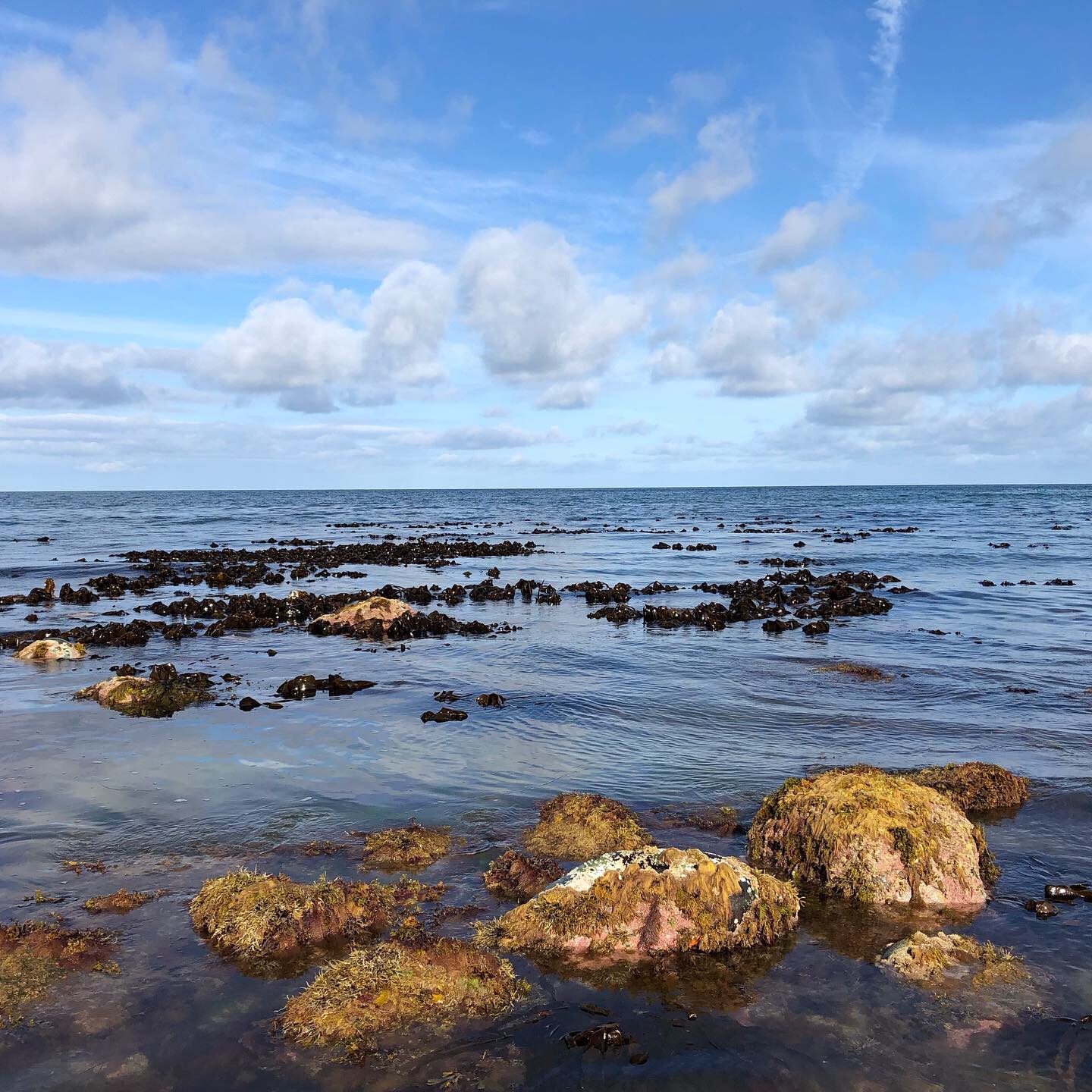 I recently left a large Whatsapp group chat - you know the type: empty birthday wishes between old friends who are now more like strangers and lots of read receipts but very few actual responses - after deciding it was a more positive step to nurture those friendships individually rather than in an open forum such as that. It may have been perceived to be an aggressive move at the time but, with upwards of twenty-five members in the group, really it had become yet another open broadcast into the empty vacuum of social media we have become so used to, and frankly I was a bit fed up with that strand of my virtual existence. (Don’t worry, I’ll get to foraging shortly)

Most level-headed users of social media will recognise that it has probably offered more negatives than positives to society as it evolves quicker than our attitudes do. From tiresome memes, humourless comment sections, humble brags, trolls, bots, GIFs and NFTs to so-called influencers posing looking all coy for ‘likes’, fake news outlets and the endless, relentless search for ‘followers’, like the wannabe messiah figures we strive to be. Social media is a sewer and we are floating along with the effluent pretending it’s not.

Still don’t think so? Try this then: pop onto Facebook and look for that laughing emoji reaction on any post (Facebook has its own versions of emojis, for some reason). The one with the wide mouth and scrunched up eyes. Now, on paper, this should represent a positive, joyful response to the original post - it is laughter after all - but I bet you a thousand Diem coins that the example you found is used in a mocking, often hateful, way. You’ll find it on everything from news stories to car sale adverts to recipe posts, often where laughter seems like a strange reaction. That’s the problem: it’s too easy to be nasty. It’s too easy to mock. It’s far too easy to splurge your opinion into a world where it probably isn’t all that welcome. Not that anybody asked for it. Nobody ever asked for it.

I am aware of the big irony-shaped elephant in the room when bemoaning social media in such a way - a lot of readers may well have been directed here via Instagram or YouTube - but that’s the world we live in and unfortunately it offers a platform to small businesses like Forage Box where old-fashioned promotional techniques would have struggled.

There are some beacons of light to be found out there though. Rays of hope offering kind spaces to those who need it, providing positive relief or exposure to worthy causes. Charities and not-for-profit ventures can create campaigns to promote the good work they are doing, and amateur enthusiasts can thrive in ways that wouldn’t have been possible a mere decade ago.

There is no other sector of social media that nurtures the amateur quite like the foodie community, and even more so the foraging sub-community found somewhere even deeper within that. Yes, there are accounts where a face may be a more frequent photo to find than fungi or foliage, but those who flip their cameras to the hedgerow can be also found in great numbers. These are the accounts to seek out - the kind folk that want to share, to showcase, to spread some profit-free love and thus encouraging a healthier relationship with our addiction to scrolling. They invoke excitement at the start of a season, maybe sharing a bumper crop with a few ‘before and after’ shots of homemade jam, even offering some ID tips. Wholesome but not overly twee, and often through grainy and charmingly wobbly footage, they remind us, although vicariously, to put our phones down and get outside. These should be cherished for the genuine hobbyists they are, before advertisement posts and product placements creep into their content as popularity increases.

Delve further into the digital undergrowth and you will find the holy grail of foraging accounts: the mushroom admirers. Mysterious yet informative. Artistic and pure. Understated but elegant. Sometimes it may be unclear whether these images are posted by man or machine, but there is a dignified un-shoutiness that you just don’t find on supercar fan accounts. Alien-like fungi from all over the planet, miraculously beamed into your face without any other meaning or purpose other than simple admiration. These are the digital equivalent of a gentle walk on your lunch break or a long, satisfied sigh after completing some housework - a momentary break to the frenzy that helps us reset and recalibrate.

As with all foraging, there is a word of warning to be made and anyone attempting to find food for themselves must be careful. Although nobody is out there deliberately encouraging followers to consume poisonous species, there are a few reports of the odd incorrect ID and it remains the responsibility of the reader to approach all wild species with caution. Instead of basing your search for mushrooms on a post you saw, use it as an inspiration to get hold of some books to do further research and develop enough confidence to successfully forage for yourself. You don’t avoid speaking a language until you are fluent, but rather you throw in the odd cerveza order on holiday and pick up useful phrases whilst your confidence grows. That’s how anyone should start out with foraging - it might just be that someone pretty online gives you the nudge to try it for yourself for the first time.

So, although I would encourage everyone to review their relationship with social media, you don’t need to shun it altogether. Instead, head for the wholesome fringes where the council strimmers can’t reach - this is where you’ll find foragers in both the online and offline worlds.

Here are some absolutely wonderful accounts to follow. These have not paid to be featured here, they are just great people and the online world is better with them in it:

‍Hypocrite alert! You can also give us a follow on Instagram (@foragebox) or find us on YouTube (Forage Box TV). We do try to keep the spam levels under control and focus more on spreading the foraging love. 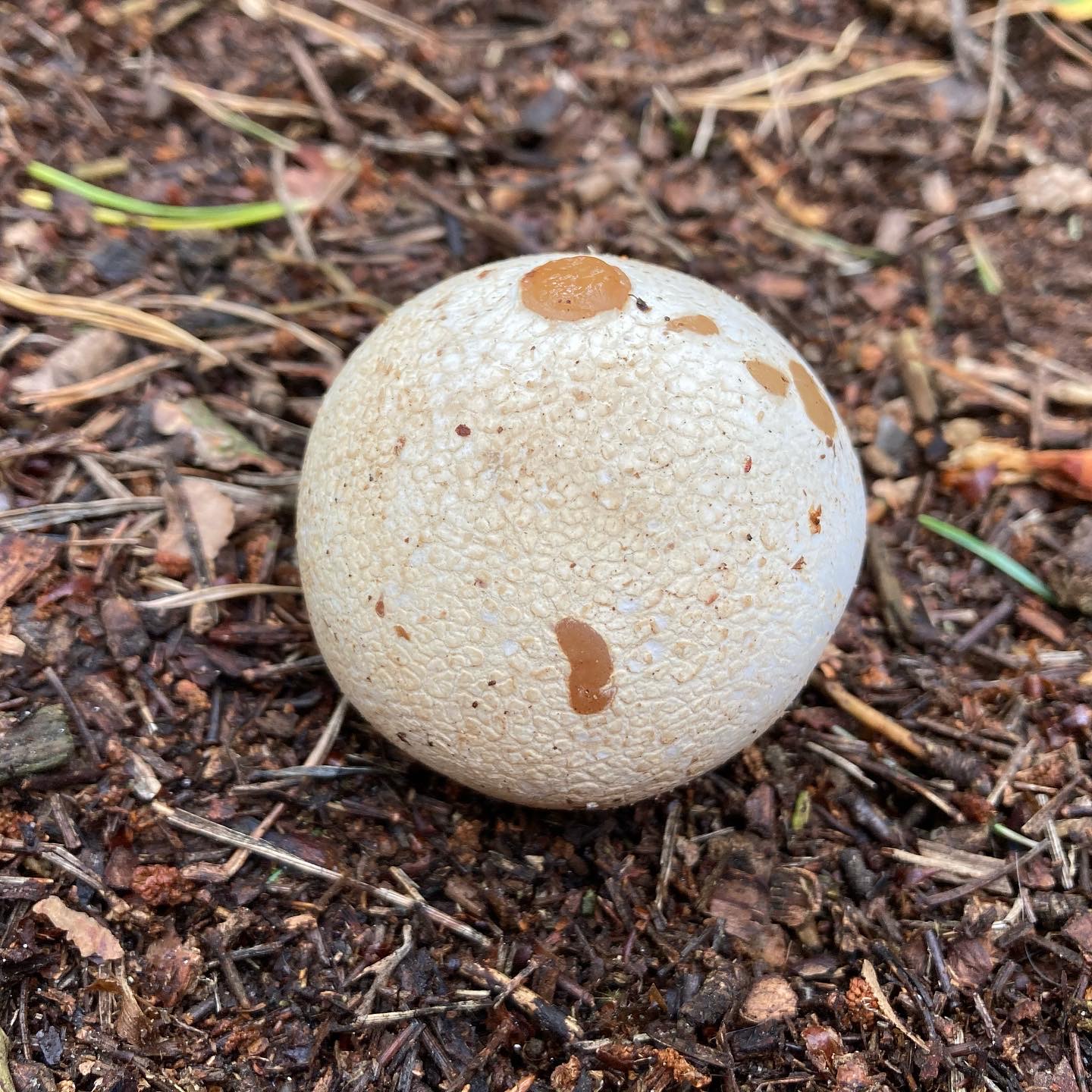 Our Monthly Forage Box Subscription Service Is No More! 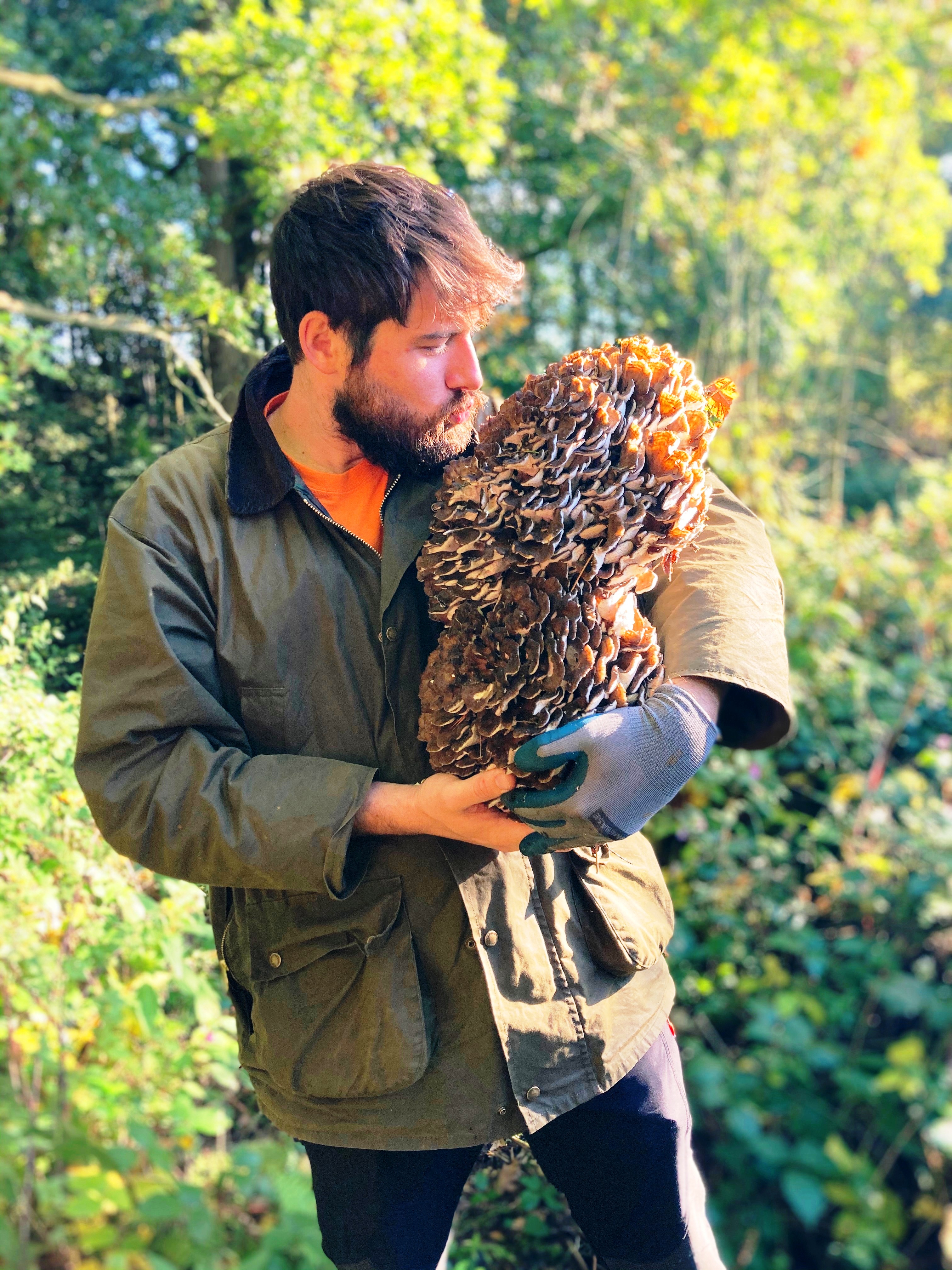 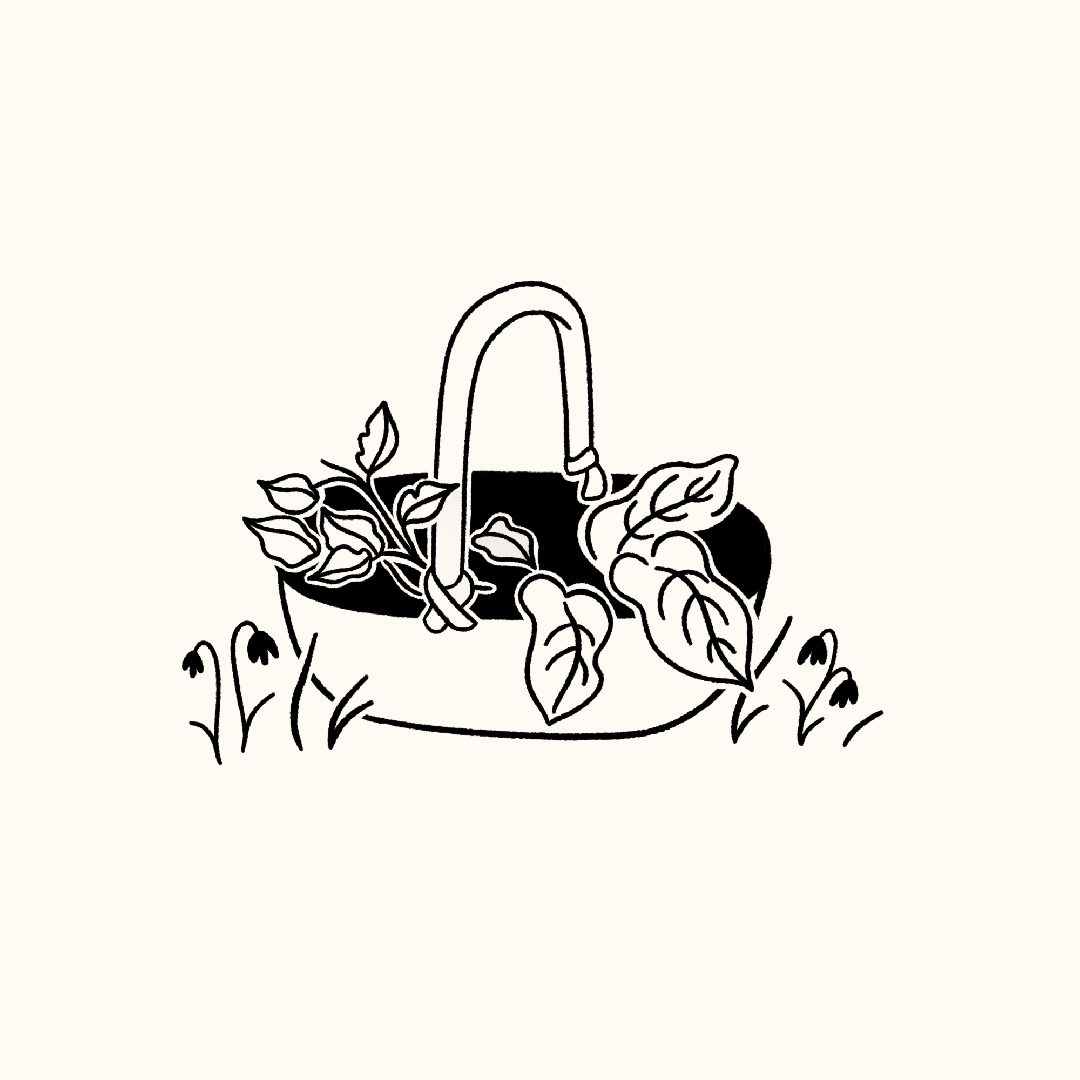 Our gift hamper is about as unique as they come and the best introduction to foraging and Forage Box!‍
OUT OF STOCK
Product is not available in this quantity.